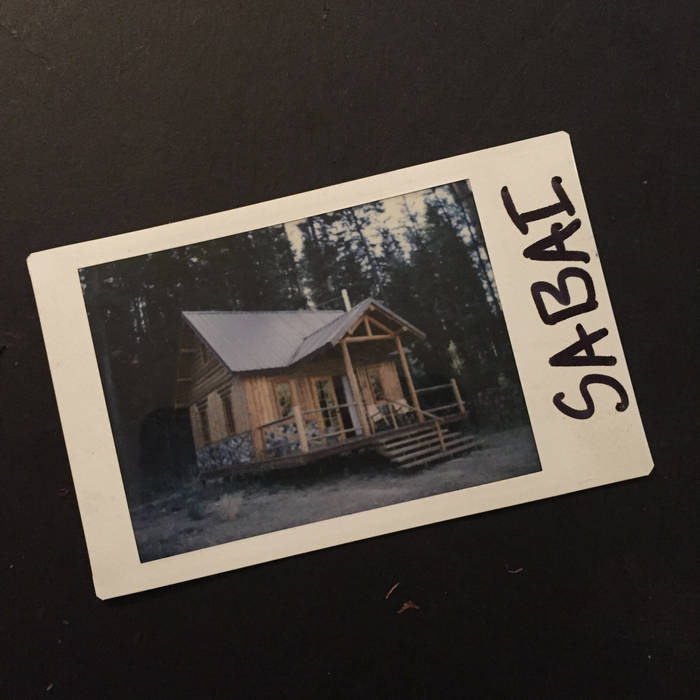 In Oregon's far north-eastern reaches, hidden deep in the forests of the Eagle Cap Wilderness, there is a cabin named Sabai. The cabin is situated on a bluff overlooking the Minam River. It contains a wood-burning stove that, when lit, sends a column of smoke through the clear mountain air. When the lamps go out at the nearby lodge, you can sit alone on the cabin's porch and listen to the softness of the world as it turns—a numinous and liberating encounter, borne on the backs of ancient things; wind, water, silence, earth. It was here in this parochial hush, with a fire crackling gently off to one side, that Idaho-born picker Bart Budwig immortalized his solo tunes.
While Budwig's records are known for their full band production and multi-faceted arrangements, many of his live shows strip this away, leaving him alone on stage. For some this may feel a rarer, more intimate affair. A man, a guitar, a single spotlight. It is this ambiance, this raw intimacy, that Budwig sets out to capture with his sixth LP, “Sabai.”
Recorded over a two-day stay at the Minam River Lodge, the album is comprised of ten tunes that suture the gap between Budwig's fast-paced touring life and the quiet sentiments of a season at its close. There is a sense of release to the songs, which range from fresh bardic ditties to older, more angsty boot-trodden ballads.
To that end, themes of homecoming weave their way through the album. In what could be considered one of the record's emotional zeniths, “Captain, Dreamer,” Budwig croons: “The night sky holds the moon / holds the ocean / holds that ship that will bring me home / bring me home to you.” Here we find a hesitant harmony in hope and abandon; a comment on sorrow and tribulation, and the path hurt can carve toward hopeful horizons.
In imitative fashion, the album slices its own abscess through trial and pain to force itself out into the light. “Dream,” is an unsettling song of heartbreak and grief—an imploring, deeply emotive experience that demonstrates Budwig's ability to eulogize. But fear not, for light penetrates even the world's darkest places. The closing track, “Bonnie and Clyde,” is a quiet chapter on hands stretched out to reach one another, of promises made and eternally kept, and here we find our emancipation.
The word Sabai, roughly translated from the native Thai, means “not a care in the world,” or “wellness beyond words,” and perhaps it is here that Budwig truly conveys his bliss. Somewhere deep in the Oregon wilds, a stove remains lit, its embers burning all the brighter.
— Andy Valentine

Bart Budwig, a microphone, a cabin.

“Bart Budwig is one of the most underrated musicians in Oregon.” - Oregon Public Broadcasting

Bandcamp Daily  your guide to the world of Bandcamp

Featuring appearances from Kari Faux, Bluestaeb and and interview with NY-bred artist Wiki